Dating back to 1886, the heritage listed hotel is the Illawarra’s oldest licensed premises. Deeply significant to the local area, the old mining town of South Clifton was re-named ‘Scarborough’ after the establishment in 1903. Throughout the early 1900’s it remained at the centre of community life, housing some of the area’s most meaningful events.

A fine example of Victorian-style houses in the area, The Scarborough has never been rebuilt or drastically refurbished and still contains original features, sharing tales of the past with visitors of today.

The Scarborough has always been recognised for the infamous ‘Sea Cliff Garden’, which rests directly above the sea boasting views along the coastline all the way to Sydney. One to visit if you’re road trippin’ to Wollongong. It’s only an hour and a half from Sydney’s CBD. Visitors can expect “strewth”-inducing views of Wombarra Beach, a cracking menu full of pub classics that will keep everyone happy, and beautiful garden huts that offer the perfect position for long lunching with your loved ones in the sunshine.

The Urban List Named one of NSW's Best Country Pubs

Day Trip to The Scarborough

Enjoy a relaxing drink and meal overlooking the ocean before continuing on Lawrence Hargrave Drive to some of the South Coast’s beautiful beaches. Make a Day of It Drive, stroll or ride alongside the Illawarra’s winding escarpment rock face, with crashing ocean waves beneath and beside you. Experience a different perspective of the coast’s edge and our hotel from a hilltop vantage point. Admire stunning vistas while daring gliders soar beside you. Explore untouched natural beauty of the local beaches dotting the south coast of the region. Swim, walk, and soak up the salty air.

SEE YOU AT THE SCARBOROUGH

Relax, meet, or entertain for drinks, lunch or brunch. Bookings can be made for groups of 6-10, but are not essential. 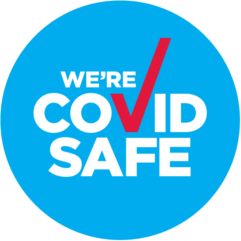